HOW POOR BUILDING PLAN LEADS TO REDUCED VALUE OF A BUILDING 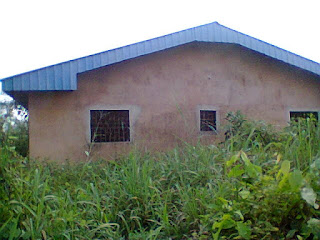 This article was inspired by a property situated in my jurisdiction. The dimension of the land is 100ft by 200ft dimension. It stretches from one street in front to the other at the back. The backyard of the house is close to the street at the back.

Later on the owner of the house decided to sell off part of the land in front of the building. As it stands, to enter the building you have to pass through the back. The worse implication for it became very obvious when the owner, who could not complete the project, decided to list it for sale. As an agent, it has been very difficult to get a buyer for this  building even though the price came down because of the pattern.
The owner failed to exercise foresight at the initial stage of the building project. Also, the architect would have been in the best position to draw the attention of the owner to this situation.

THE BOTTOM LINE
The Property Pro team is always in a good stead to offer the best advice to intending property owners. We peer into the  future to ascertain that no problem would arise later. We give you the best building design that will not burn a hole in your pocket and make you smile with satisfaction thereafter.

YOU MAY ALSO LIKE
5 Factors that determine the price of a property
The best design for room and parlour selfcontain
4 Bedroom Bungalow: Its implication now and in the future
Posted by CHIDI RUTHERFORD at 07:37
Email ThisBlogThis!Share to TwitterShare to FacebookShare to Pinterest