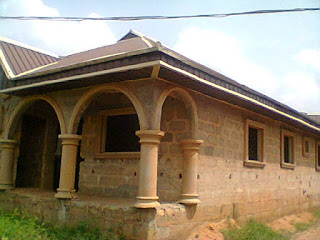 Blood is thicker than water. This is a very popular saying in Nigeria indicating the precious relationship and love that should bind families together. However, today the glue that holds families together is fast wearing out especially when money is involved.


Ben(some names have been changed) lives abroad.
He is involved in mischievous rackets that fetches him a lot of money. In view of this, he decided to buy an uncompleted 2 flat when he visited Nigeria. And later went back. After some time, he made up his mind to complete the project. So he sent money to his brother in Nigeria to do the work.

Almost at the same time, the brother Kelly bought a land too. So when Kelly received the fund for his brother’s project, he quickly started working on his own site. One month passed, and was yet to resume work at his brother’s site. Ben learned of this from another source. He was terribly furious and threatened fire and brimstone when he visits shortly. With this, Kelly’s adrenaline was aroused.
He mobilized different workers to the site with the hope of completing the job before his brother comes. All the workers understood the urgency of the job and swung into uncoordinated frenzy. A group was doing the filling, and another was pouring concrete on it the same day. The plumber too was in a hurry to complete his job.

To cut long story short, every worker did a terribly poor job- a shocking revelation of total incompetence. In the end, there were cracks here and there. Plumbing pipes collapsed. Hmm! So much disappointment. Ben was boiling with rage and seemed like a wounded lion to observe that his trusted brother did such a thing. They have been at loggerheads ever since.
To view properties listed for sale go here: www.facebook.com/propertytycoons
Call 07031384722 for a conflict resolution.
YOU MAY ALSO LIKE
Buyer arrested for buying fake property
6 Ways to spot areas where the value of properties will skyrocket
He declared state of emergency on poverty
The long term implication of dubious practices in property business
5 Things to consider before you rent a house

Posted by CHIDI RUTHERFORD at 01:00