AT A GLANCE: HOW TO KNOW A PROPERTY UNDER DISPUTE 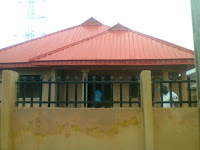 If you are buying a land  in any community, you have to tune up your five senses to sniff up evidence in the environment about the true state of the land or property.

Check out: Properties for sale in Edo State

A land maybe the subject of struggle between one or more persons laying claim to it. The fake owner maybe in a hurry to  sell it off and bolt away. However, do not fall prey to such plan. There are a few steps you should consider to know the history and true ownership of the said  land.

1.       Destroyed foundation or fence. Sometime ago, a man took me to his supposed property marked for sale. On getting to the site, he showed me the length and breath of the land. It was 100ft by 300ft dimension. While I was inspecting the property, I observed that the perimeter fence was destroyed. Curiously, I asked what happened. Instead of telling me the truth, he assured me that nothing happened, stating that the fence fell on its own. But then, I was not satisfied with such  answer. So after I left, I decided to dig deep into the history of the land. To my dismay, I learned that a prominent man in the community was also laying claim to the property. In this regard, I vowed never to market that property.
Explore: Properties for sale in Benin City
2.       When seller urges: “start work immediately”. This may surprise you that this could be an indication that the land is under dispute. The seller would emphasize that you start developing the property once you buy. Although this is not bad in itself if you have the money, you need to consider the manner the seller is saying it and probe further. Perhaps he wants you to start building  immediately so that when  his opponent or rival comes, the building would have  reached a stage where the issue of ownership would no longer be raised.

3.       Family discord. Have you ever seen buildings with the inscription “this house is not for sale”? Well, this provides enough evidence that the property in question is subject to some form of dispute by the family or other parties. If you see such sign, please run away. Some would-be sellers have been smart to clean off such inscription in other to sell the property. But you should be smarter, some signs could still be visible. Stay away!

In view of the foregoing, do not rush to buy any property. Investigate properly, and pay for it only if you are thoroughly satisfied that the property is genuine. In case, you want a problem-free property anywhere, feel free to contact us on 07054107283, 07031384722 (Explore Genuine Properties For Sale in Benin City Here) . In the end, you have reason to smile when you buy property through us. See the reasons why people prefer us here

Your Building: From Concept to Design

How we handle your building Project
12 Reasons to invest in property
Dissolution of CDA- good-news for land developers
How to secure your land against intruders
5 Ways to confirm the genuineness of a land before purchase
A family torn-apart over property issues
Posted by CHIDI RUTHERFORD at 21:34
Email ThisBlogThis!Share to TwitterShare to FacebookShare to Pinterest